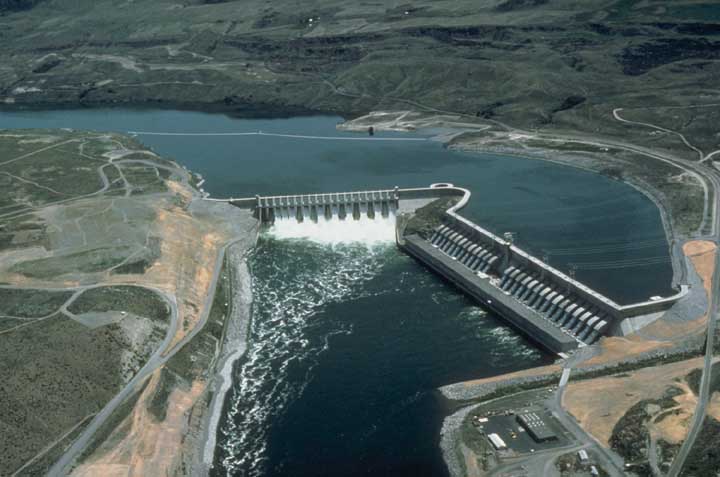 The most impressive open automation applications in the world!"

SoftPLC Corporation's open architecture controller, SoftPLC was selected in 1997 by the US Army Corps of Engineers - Hydroelectric Design Center (USACE-HDC) as the standard process controller for large hydro power generating plants. Since then, SoftPLC has helped both USACE and the US Bureau of Reclamation (USBR) provide its customers with clean, low-cost, reliable electric power, in a variety of applications in some of the largest hydro generation plants in the United States.

To select their new controller, the USACE-HDC conducted extensive product reviews followed by a lengthy product testing process. All major proprietary hardware PLC's and open architecture PC based control products were reviewed and tested. Due to the mission critical nature of the application, the process also included stress testing to determine the robustness and reliability of each product.

SoftPLC was the only controller that did not crash during the entire product review, testing and stress testing period. SoftPLC was ultimately selected over all other alternatives because it offered a flexible, open architecture system for applications today and into the future. Additionally, SoftPLC was also most suited for the mission critical nature of hydropower applications, proven by the testing to be an extremely reliable product.

Product selection was based on research and in house testing, not marketing hype, which resulted in the 'best in class' products and technology being selected. 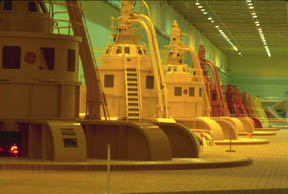 The first control systems installed have been running since 1999 and have surpassed expectations for uptime, usability, flexibility and operational readiness. The operator and technician acceptance of the system has been tremendous. This success led to use of SoftPLC in many other applications at the hydro plants.

The USACE-HDC testing process was designed to pick the "best in class" product(s) from the products tested, which when installed together would result in the best open automation solution. Product review and testing were done not only for the controller, but also for the I/O, communication network, and operator interface software.

The "best in class" open automation system originally selected was SoftPLC Corporation's SoftPLC®, combined with SCADA software and I/O from other vendors. Due to the obsolescence of the originally selected I/O structure, the initial systems are in the process of being retrofitted with new I/O, without requiring a change to the SoftPLC controller hardware.

SoftPLC Corporation's world class service and support also played a role in the final selection process, helping ensure the customer was able to integrate the multi-vendor components very successfully. The control systems at the largest of these hydro generating power plants have been estimated by many to be the single most impressive open automation application in the world, removing any doubt that open automation works for large mission critical applications.

SoftPLC Corporation President and founder Dick Hollenbeck says: "Although it's an increasing trend to do in-house testing, you had to be impressed with the level of detail in HDC's test process. As more customers take the time to do studies of this kind, SoftPLC benefits disproportionately because our product is rock solid and customers see this in the tests. We are in the unique position of being able to walk into many of our prospective customer accounts and calmly inform them that we are already controlling their plant, indirectly. SoftPLC is proud to be providing power to approximately 5 out of every 100 Americans now."

For more information about this application, please contact us.